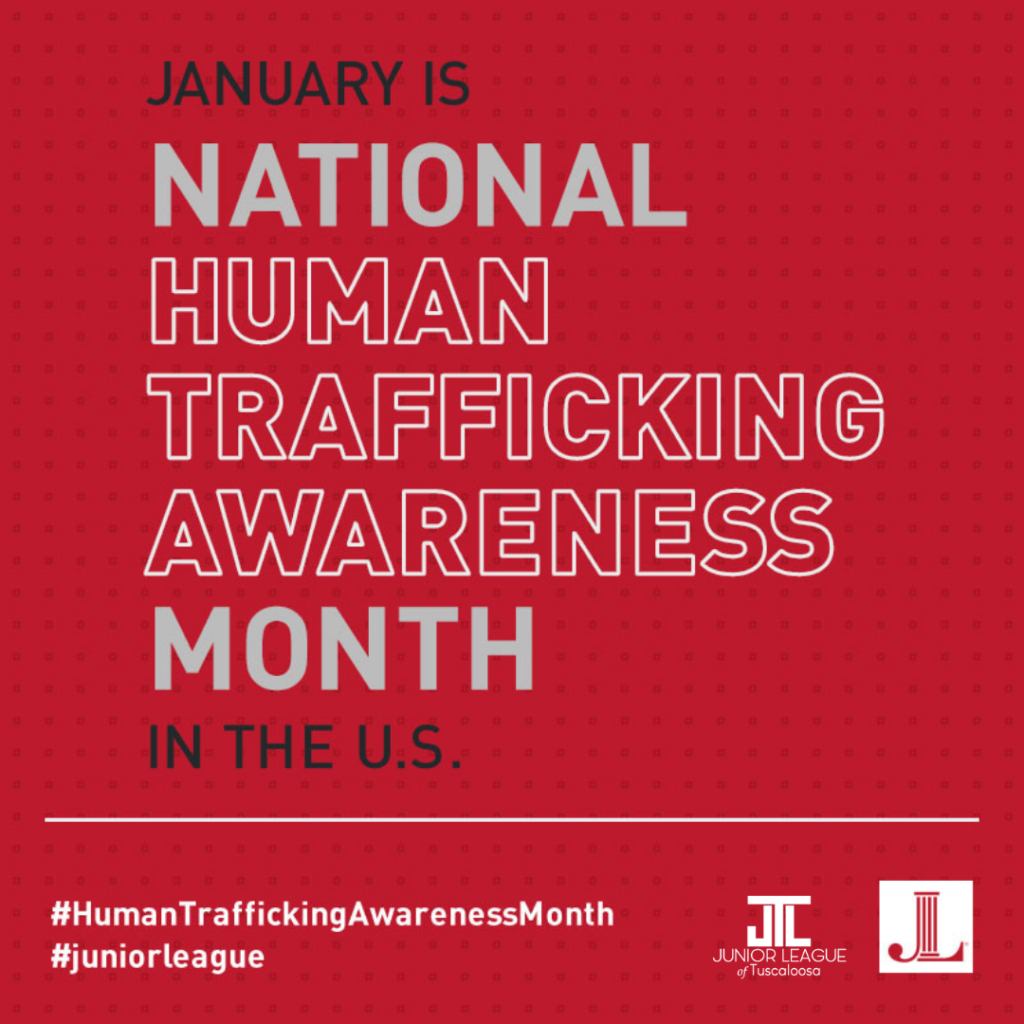 This coordinated effort is the seventh annual Alabama Human Trafficking Awareness Day and will be presented annually to spread awareness of human trafficking across our state while aligning with the national observation. The Junior League of Tuscaloosa formed a special committee to join the fight to abolish human trafficking. The primary goals of this team are communication with the community and education for those who want to help. The Junior League of Tuscaloosa has partnered with several organizations that are deep in the fight including West Alabama Human Trafficking Task Force, Junior League Birmingham, and END IT Alabama.

Human Trafficking Awareness Day precedes the End It Alabama Summit to be held on January 28 – 29. The virtual training is open to the public and will include a variety of presentations. Highlighted speakers include Lisa and Henry Mann who will share insight into the experiences that parents of a trafficked child face; Pamela Casey, an Alabama District Attorney who will speak on the importance of internet safety and the connection to human trafficking; Amy Joy, a trafficking survivor and Professor at Lansing Community College who will not only tell her story but also give information on how to best prevent human trafficking.

The purpose and agenda of the Alabama Human Trafficking Task Force include the following: