Back in 1929, as the country was entering the long years of the Great Depression, Miss Mary Lee Gunter of the local welfare department called for 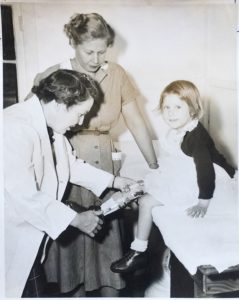 volunteers to help with various welfare projects throughout the county. Four visionary volunteers rose to the challenge: Mrs. Austin Bennett, Mrs. Jim Fitts Jr., Mrs. Robert Harwood, and Mrs. Gordon Palmer met with Mrs. Gunter and talked of their interest in the arts, education, and health. They talked about forming an organization that would support these areas of community concern and that would encourage the interest of other Tuscaloosans. They decided to organize an association that shared the principles of the Junior League in other cities. In that singular inspired moment in time, the forerunner of the Junior League of Tuscaloosa was born.

Called the Junior Welfare Association of Tuscaloosa, this new organization immediately began raising money to support the causes they adopted. It supported a weekly Sick Baby Clinic and sold TB seals to raise funds to fight tuberculosis. It provided for the needs of the Preventorium through fundraisers such as charity bridge games, dinners, and dances. In 1939, the women published five hundred volumes of a best-selling cookbook, and their work was just beginning.

Throughout the years of World War II, the work of the Junior Welfare Association continued. But the times, as the so 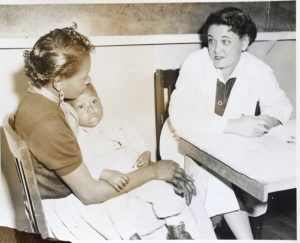 ng goes, they were a-changing. Following World War II, women began entering the workforce, integration came to the South, the culture was becoming more diverse, and new needs emerged—both for the members and for the community that they served. In 1974 a night active group was created, enabling professional women to participate, and in 1979 the Junior Welfare Association became the Junior League of Tuscaloosa, number 231 out of a total of 295 in the now Association of Junior Leagues International. So a longterm goal of the original group was realized.

Today, more than one hundred women are active members of the Junior League of Tuscaloosa, with a sustainer network of nearly three hundred. The membership is open to women of all races, religions, and national origins, who demonstrate an interest in and a commitment to voluntarism. Members join for a variety of reasons: a desire to give time, talent, and resources, personal growth and development opportunities, socialization, and friendship. Providing flexible volunteer opportunities and a motivated membership are the keys to the league’s success.

Although the league is historically known for its placements in such service areas as Punch and Judy, Choral Singers, CHOM, all the baby clinics, Junior League Art Gallery, Story Hour, RISE, and others, their popular fundraisers tend to be the most visible evidence of their community involvement. The Follies, Camellia Show, Charity Horse Show, Merry Market, Thrift Shop, Winning Seasons Cookbook, Golf and Gala, and now Dragon Boats amon 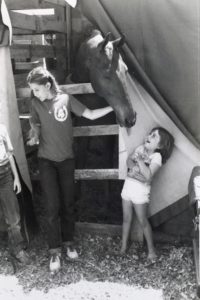 g many other events, have raised significant funding that ensures the league’s success serving the community. And of course, the friendships that develop through working long hours together on projects throughout the year have bonded many of the members in life-long friendships.

For more than ninety successful years, it has been the league’s mission to look to the community and identify its needs. Since its inception as the Junior Welfare Association, the league has focused its efforts primarily on helping children through projects such as the Sick Baby Clinic, Dental Clinic, Well Baby Clinic, Virginia Collier Brownie Troop, projects on Child Abuse, programs at CHOM and the Tuscaloosa Public Library, RISE, Muff Fitts Gafford Neo-Natal Intervention at DCH, Adopt-A-School, Miracle Riders, LIKE, Character First, Tuscaloosa Family Resource Center, BabyTalk, and many, many more. These days, we have added Junior Achievement, Alabama Reach, Beautiful Health, Kids in the Kitchen to the list, giving time and much-needed funding to improve the lives of thousands of area children and families. Many business and corporate partners have supported the Junior League of Tuscaloosa throughout the years, making these many service projects not only possible but highly successful.

The Junior League’s mission statement defines them as “an organization of women committed to promoting voluntarism, developing the potential of women, and improving communities through the effective action and leadership of trained volunteers.” Every day its members live up to and surpass this goal, inspired by their past successes, and challenged by the future that calls them to service.