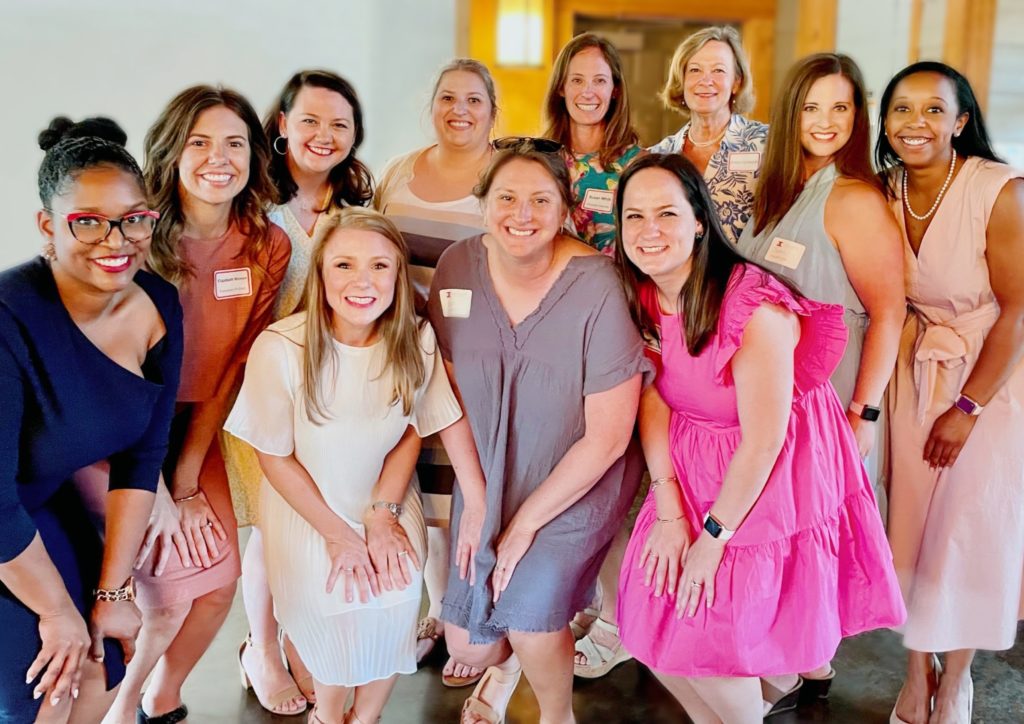 Tuscaloosa, Ala. – The Junior League of Tuscaloosa (JLT) announced its 2022-2023 Executive Board and Management Team at their annual meeting on May 9th, held at Cypress Inn Pavilion.

In addition to swearing in new leadership, the JLT presented $22,040 worth of grants and sponsorships to Holt Elementary, Easter Seals, United Way Success by 6, Neighborhood Bridges and The Arts Council.

Jane Bailey Cooper, who has been a member of the Junior League for seven years and has served in various leadership positions, will serve as President for the 2022 – 2023 year.

When asked how she feels as the incoming President of the Junior League of Tuscaloosa, Cooper said, “I am excited about the year ahead and am honored to serve a truly extraordinary group of women.”

Cooper is a Marketing Manager in the Division of Strategic Communications at the University of Alabama. She holds a bachelor’s degree from the University of Alabama in Theatre and Political Science. In addition to Junior League, Cooper has served on the Advisory Board for Kappa Alpha Theta’s Delta Omicron Chapter since 2015. Cooper has one daughter, Miriam, with her husband, Brandon Cooper.